How to clean the engine bay of your JK 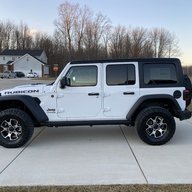 Went trail riding Saturday and after opening the hood I discovered quite a bit of mud, dirt and sand. The hood itself was sprayed from our adventure.

I used plastic bags to cover the ECM, battery, fuse box and air intake. On the air intake I first stuffed a towel then covered it.

I then set the spray head to a spray pattern instead of a stream. Then I rinsed the underside of the hood and the rest of the engine compartment. I was careful not to directly spray the alternator. Then I took a brush and loosened as much dirt as I could while continuing to rinse it away. I didn’t use a cleaner, but you could use Simple Green, a mixture of water and dish soap in a spray bottle or whatever else you may like.

I then let it air dry for a while, then repeated the above process on the larger areas and let air dry again. I then spot treated the nooks and crannies with a rag.

I didn’t get it perfect, but the bulk of the mess is removed.

I understand there are many ways to accomplish this task, but this was my chosen method. I think the most important part is covering up the vitals under the hood as much as possible.

On a side note and as a previous Jeep TJ owner, I did and recommend flushing out the frame as much as possible. At least the JK frames have plenty of drainage points! 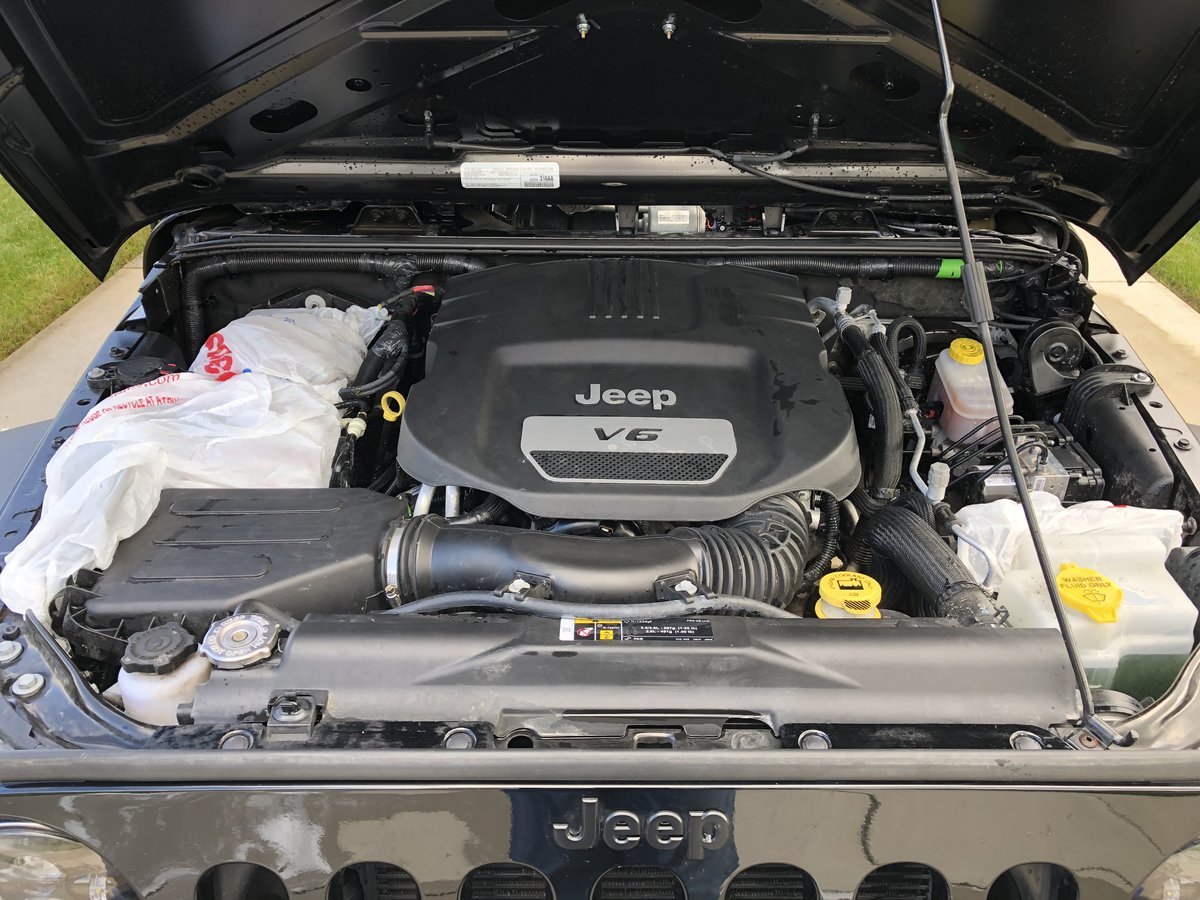 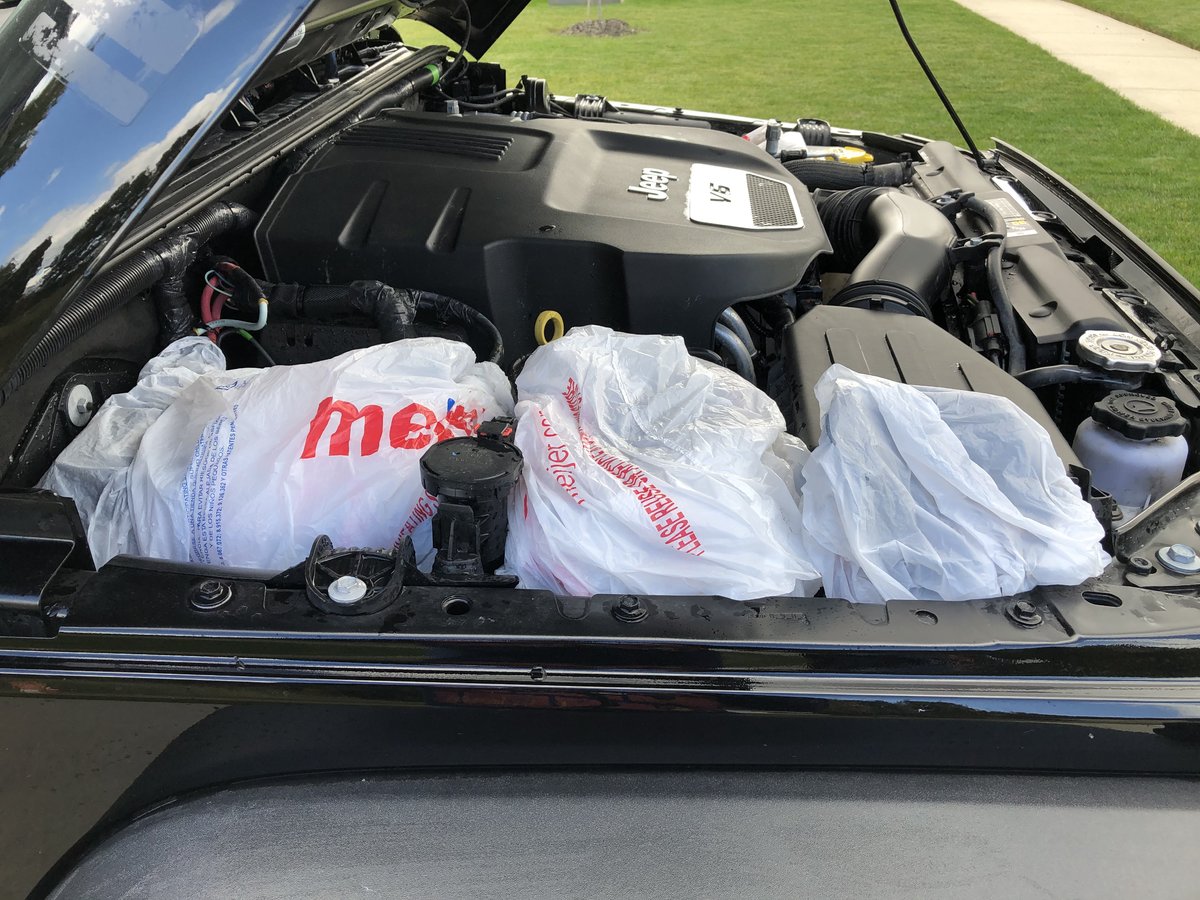 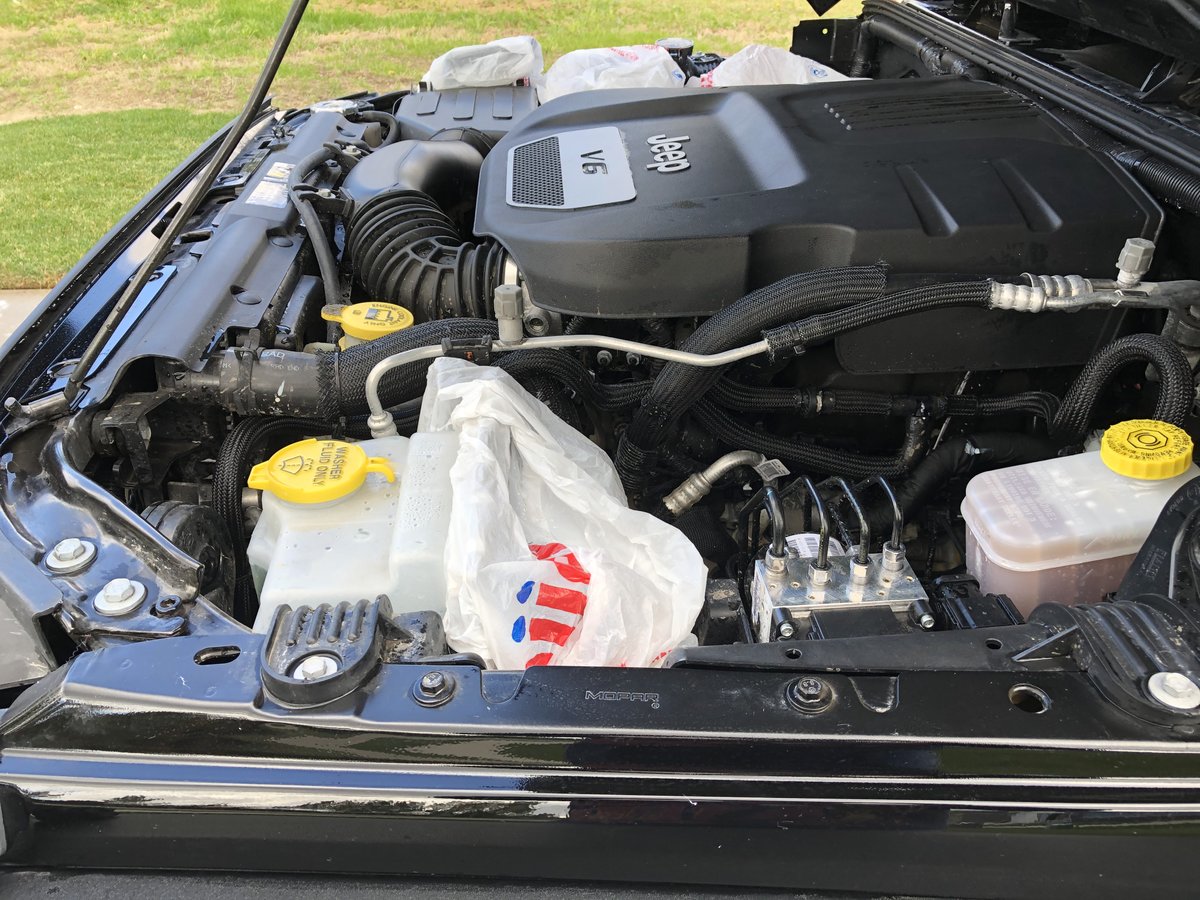 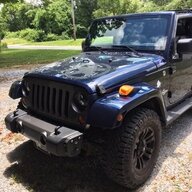 I don't cover any on mine and power wash it with degreaser in the carwash. You just have to know how far the spray nozzle is not to blow hard on your electrical connections.
Last edited: Nov 27, 2019
OP

Oscar-Mike said:
I don't cover any on mine and power wash it with degreaser in the carwash. You just have to know how far the spray nozzle is not to blow hard on your electrical connections.
Click to expand...

I am not sure if all or any of the items are water tight sealed. Obviously, the air cleaner intake isn’t. I was being on the safer side, but have read lots of people just going to town with water and cleaner.

I drilled few holes in the bottom of my air intake housing and so water will drain by gravity.

I aim the spray nozzle tip no closer than 16 inches, then start the engine right after I wash off the degreaser solvent and let it run for a while as I finish to wash away more soapy-water solvents.

I close the hood and run the engine for a bit more to dry out the rest while checking all my lights and dash controls before I take off.

I never had a problem doing it this way.
Reactions: Mikester86
U

Did you clean under the engine cover too?

Yup, there are no electicals under the cover.
Last edited: Feb 11, 2020
You must log in or register to reply here.